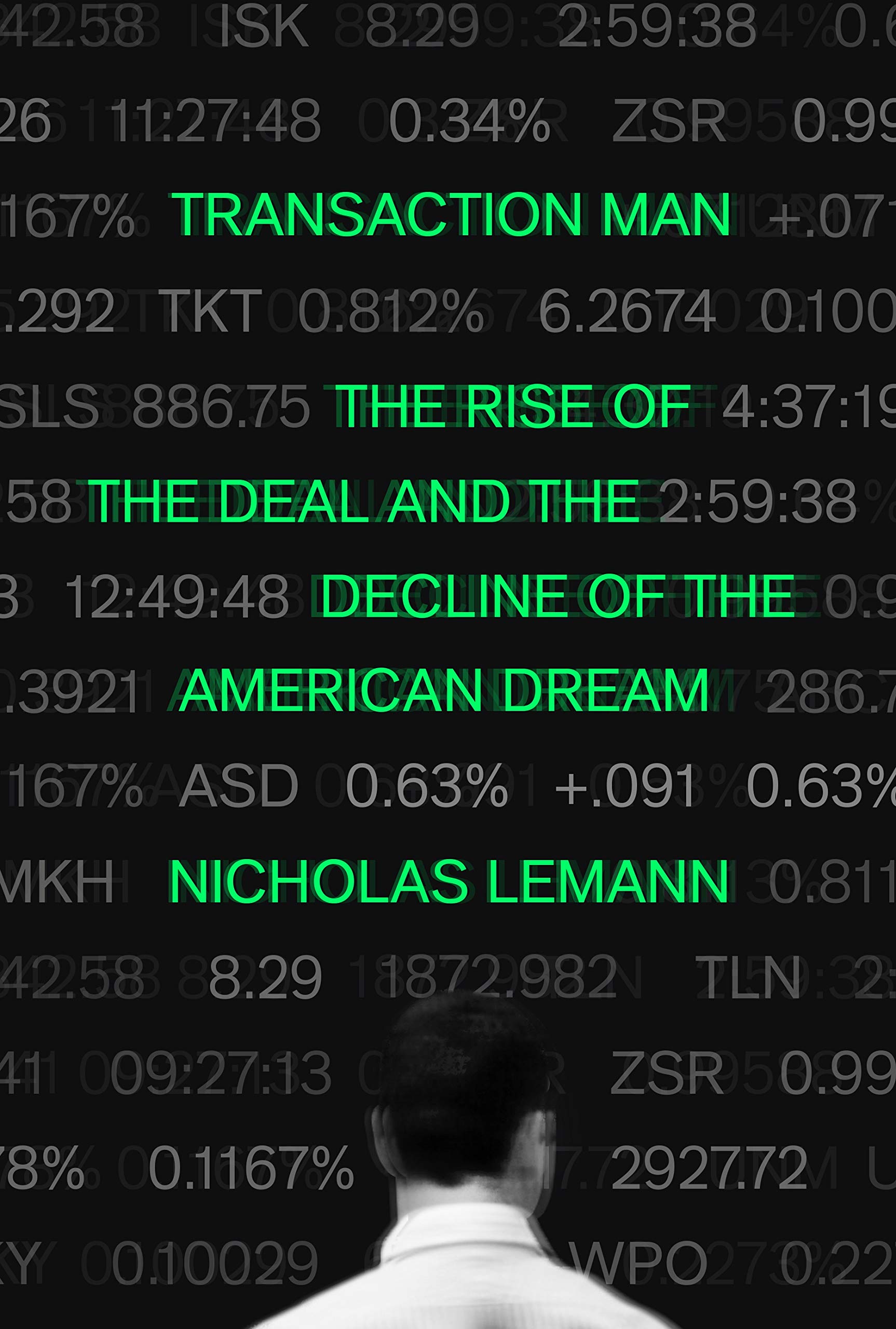 An Amazon Best History Book of 2019

"A splendid and beautifully written illustration of the tremendous importance public policy has for the daily lives of ordinary people." ―Ryan Cooper, Washington Monthly

Over the last generation, the United States has undergone seismic changes. Stable institutions have given way to frictionless transactions, which are celebrated no matter what collateral damage they generate. The concentration of great wealth has coincided with the fraying of social ties and the rise of inequality. How did all this come about?

In Transaction Man, Nicholas Lemann explains the United States’―and the world’s―great transformation by examining three remarkable individuals who epitomized and helped create their eras. Adolf Berle, Franklin Delano Roosevelt’s chief theorist of the economy, imagined a society dominated by large corporations, which a newly powerful federal government had forced to become benign and stable institutions, contributing to the public good by offering stable employment and generous pensions. By the 1970s, the corporations’ large stockholders grew restive under this regime, and their chief theoretician, Harvard Business School’s Michael Jensen, insisted that firms should maximize shareholder value, whatever the consequences. Today, Silicon Valley titans such as the LinkedIn cofounder and venture capitalist Reid Hoffman hope “networks” can reknit our social fabric.

Lemann interweaves these fresh and vivid profiles with a history of the Morgan Stanley investment bank from the 1930s through the financial crisis of 2008, while also tracking the rise and fall of a working-class Chicago neighborhood and the family-run car dealerships at its heart. Incisive and sweeping, Transaction Man is the definitive account of the reengineering of America and the enormous impact it has had on us all.

"Lemann, a New Yorker staff writer and former dean of the Columbia Journalism School, has a skill for making grand stories about American life feel human. He did it in two earlier books, The Promised Land, his 1991 account of the great black migration, and The Big Test, about the SAT and meritocracy, which was published in 1999. Anyone who read those books when they appeared would have been better prepared for some of the political and cultural debates that followed." ―David Leonhardt, The New York Times Book Review
"Lemann . . . [reminds] us that Transaction Man and his economist allies were not always ascendant, and that they won’t necessarily remain so . . . [an] elegant history." ―Sebastian Mallaby, The Atlantic
"Clearly, something has happened to make us sour on the American corporation . . . Exactly what went wrong is well documented in Nicholas Lemann’s excellent new book, Transaction Man . . . Lemann’s book is more than worth the price of admission for the perceptive history and excellent writing." ―Ryan Cooper, Washington Monthly
"[Lemann] is clearly well-versed in the financial, economic, and political histories of his Institution and Transaction Men . . . [his] writing . . . might be essential." ―Bradley Babendir, NPR
"Ingenious and colorful . . . There are dazzling passages . . . Gems are dug from the past." ―The Economist
"Transaction Man anchors three periods of American capitalism to mini-bios of New Deal brain-truster Adolf Berle, conservative economist Michael Jensen, and LinkedIn tech guru Reid Hoffman . . . [performs] the impressive feat of elucidating complex and significant developments in under 400 lively pages." ―Robert Christgau, Bookforum
"[An] excellent and unusually framed economic history . . . This concise and cogent history of the theories that have transformed the American economy makes a potentially dry subject fascinating." ―Publishers Weekly (starred review)
"Through the stories of individuals, often from varied neighborhoods, businesses, and corporations, Lemann makes these experiences come alive . . . [an] insightful business history." ―Library Journal
"A thorough, impressive and hard look at the American economy and the people who most influenced its arrival in the present moment." ―Literary Hub
“With his characteristic fluidity of thought and of expression, Nicholas Lemann has written a powerful book about how America really works―and doesn’t. Part history, part reportage, part argument, “Transaction Man” is original, compelling, and illuminating.” ―Jon Meacham, author of The Soul of America
“This fascinating book is destined to become our era’s most important and insightful explanation of the deep forces disrupting our economy. Nicholas Lemann uses compelling stories of real people combined with brilliant analysis to show how the rules that shape our lives have changed. The author's narrative is riveting and convincing ― as is his call for a renewed American pluralism. His new way of thinking about our past and present leads to a new way of thinking about the future we want. If you want to read one book to understand America today, this is it.” ―Walter Isaacson, author of Leonardo da Vinci and The Innovators
"A brilliant, essential, and rollicking read. Nicholas Lemann deftly guides the reader on a fascinating excursion through some of the last century’s densest Big Idea terrain. Blending incisive commentary with deliciously salacious detail, Transaction Man thrums with whiz-kid New Dealers and post-war management gurus, New Age Svengalis and Great Recession financial prestidigitators, free-market mavens and Silicon Valley techno-titans–and the soaring and all-too-frequently silly nostrums with which they have tried to jacket the blooming, buzzing confusion of the modern world." ―David M. Kennedy, Pulitzer Prize-winning author of Freedom from Fear

"Every so often there comes along a book that forces you to reconsider what you thought you knew. Nick Lemann’s Transaction Man is one of these books. Focusing our attention on short-term visionaries and disrupters, activist professors, rogue economists, and Silicon Valley lifers, Lemann revisits and revitalizes the economic history of America since the New Deal." ―David Nasaw, author of The Patriarch
“Brilliant and incisive, Transaction Man illuminates America’s economic history through colorful stories of the thinkers whose ideas, often stubbornly held, benefited a succession of wealthy elites while failing ordinary people who were diligently trying to earn a living. For anyone who thinks Wall Street has too much power, this book explains how that power grew. Nicholas Lemann brings needed clarity and human interest to an essential topic of our time: who should make the rules for the financial system?” ―Rosabeth Moss Kanter, Ernest L. Arbuckle Professor at Harvard Business School, Founding Chair and Director of the Harvard Advanced leadership Initiative, and best-selling author
"Through a deft interweaving of key ideas from thought leaders, the playing out of large-scale social and economic forces, and accounts of the lives of ordinary citizens, Lemann brilliantly illuminates the course of the United States during the last 100 years." ―Howard Gardner, Professor, Harvard Graduate School of Education and author of Frames of Mind: The Theory of Multiple Intelligences and other books

Are you trading crypto currency?
Gunbot is the ultimate Automated Trading Bot.
Take advantage of the most comprehensive trading tool on the market! 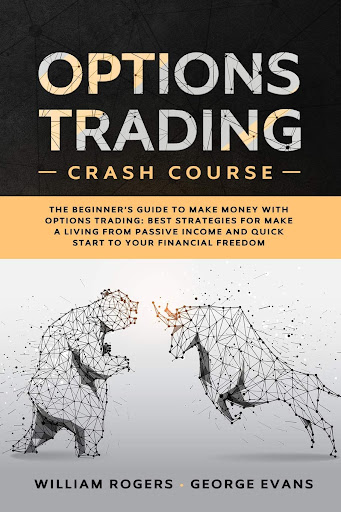 Price: [price_with_discount] (as of [price_update_date] - Details ) If you've always wanted to learn how Options Trading works and understand every aspect of it in a short time to achieve the desired profits, then keep reading. Would you like to make major stock market profits , only having to invest hundreds of dollars, rather than having to spend years and thousands of dollars methodically investing? What if you could earn an ROI of 40%, 50%, or even 100% ? Would you like to earn regular income on a weekly basis from the stock market? All of this and more is possible while trading options. Sadly, few individual traders understand what options are even if they know they exist. Options trading has long been seen as too hard for the guy or gal off the street to understand, and it has long seemed to be an insider’s game. What if I told you that anyone can trade options and earn significant profits doing so? In this book you are going to find the exact same steps professional opt 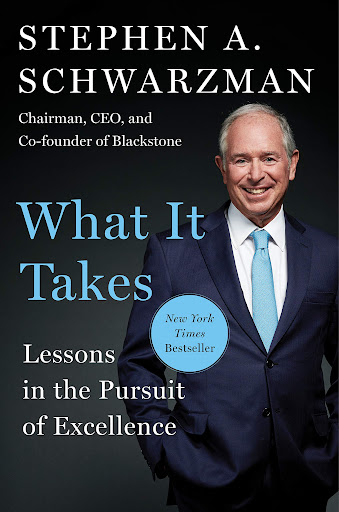 Price: [price_with_discount] (as of [price_update_date] - Details ) NEW YORK TIMES BESTSELLER From Blackstone chairman, CEO, and co-founder Stephen A. Schwarzman, a long-awaited book that uses impactful episodes from Schwarzman's life to show readers how to build, transform, and lead thriving organizations. Whether you are a student, entrepreneur, philanthropist, executive, or simply someone looking for ways to maximize your potential, the same lessons apply. People know who Stephen Schwarzman is—at least they think they do. He’s the man who took $400,000 and co-founded Blackstone, the investment firm that manages over $500 billion (as of January 2019). He’s the CEO whose views are sought by heads of state. He’s the billionaire philanthropist who founded Schwarzman Scholars, this century’s version of the Rhodes Scholarship, in China. But behind these achievements is a man who has spent his life learning and reflecting on what it takes to achieve excellence, make an impact, and l